Maybe it’s just my good nature… maybe it’s my trusting attitude towards others… or maybe I’m not the sharpest knife in the drawer, but I decided to let my trusty interns have a go at a public forum to give their perspective on what the inner workings of TJDS really look like.  These three titans-of-technical-know-how have been utterly indispensable ever since they arrived on the loading dock.  Each of these captains-of-cognitive-ability brings his or her own brand of wile and ingenuity to completing their various tasks, often with hilarious and yet time consuming consequences.  Jordan Reynolds has been the moral center of the trio because apparently he was the only one raised without emotional issues linked to a past traumatic event and thus has turned out to be a very well rounded and kind young gentleman… seriously… he is hands down the nicest person here.  Molly Phillips has taken being clever and the one liner to the next level; when she speaks (which is not often since she tends to somehow nod off on my couch daily) it can either lift you to the highest level of joy or make you question every life choice you’ve made up until this point.  Brandon Andersen… yeesh… the originator of the now famously over utilized line “Don’t worry James, it’ll buff out” has precisely that cavalier attitude when it comes to his everyday life and so far it’s been working out very well for this self proclaimed ROCKSTAR PHOTOGRAPHER.

So without further adieu I will let these guys do the rest of the talking… and as always… ladies first. 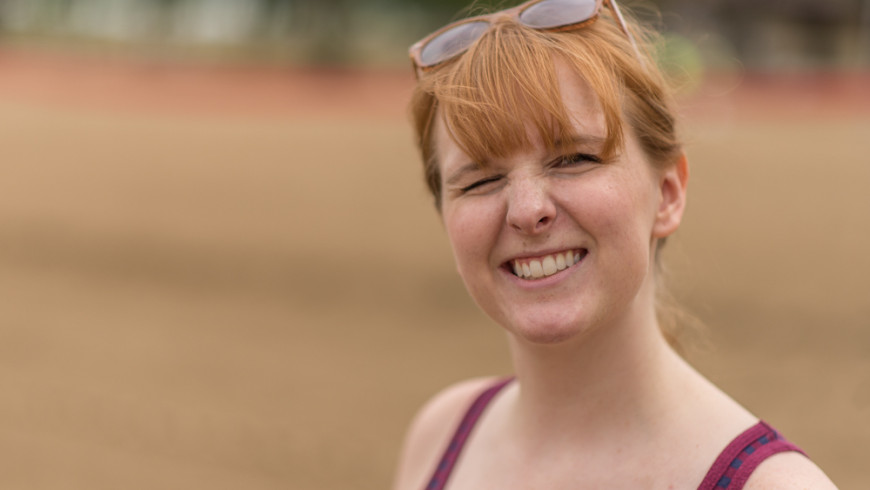 Above: Molly Phillips keeping it together as best she can. Photo by Jason Thomas Crocker

It’s funny how true it is, they say you find yourself when you stop searching. That came true for me this summer when I started at TJDS. As a 22 year old in today’s world, you’re already expected to be graduated from college, have a rewarding(read: high paying) full-time job, and starting the process of settling down and all that nonsense. Me? I was taking time off from my second attempt at a degree, working the same part-time job I’ve been working for almost 7years, and settling down is a distant memory. I was craving change and had the immense need to find myself that we all go through at some point in our lives. Two weeks prior to stumbling upon the listing for this internship on Craigslist of all places, I was offered and ultimately turned down a job at the Cleveland Browns stadium. It was a job that I knew wouldn’t fulfill me, and even though it was at my dream location to work, that just wasn’t enough. I’ve always believed in fate, and I think turning down that job offer led to me essentially finding myself this summer at this internship. I’m excited to come to work every day, and every single day is different than the last. The studio is a place where we can just get weird and swear at each other and blare music and hang out on the couch with the studio hound Ginnie Mae all day, but still be insanely productive.

We’ve done some crazy shoots here in the short 3 months that I’ve been here. We spent a morning at the beach to do a promotional shoot for Cupid’s Undie Run’s volleyball game, countless Dark Portrait shoots, put a Zonkey(Zebra/Donkey) in a bank vault at The 9, and we even boiled a local celebrity chef in 45 gallons of marinara sauce. Shoot days are my favorite – I crave being busy and these days are non-stop from call time until we’re done. My side of the internship is a little different than the photography interns’, I do a lot of the pre-shoot preparation with Jules. We prop shop if necessary (and sometimes get distracted and buy shoes), prepare estimates and budgets, hire talent, scout locations, and make sure everything is prepared for all of the shoots. On shoot days, I make sure everything we need is in place and on time and everyone is happy. One day I picked up Chinese food for James Franco’s grandmother when she came in, she said I was just so sweet for doing it… so that’s my claim to fame.

I’ve learned a lot this summer – not just about myself but about the creative industry as a whole. Some people will think you’re crazy for what you do (like when you go to Sherwin-Williams to pick up paint and you tell them you’re using it to paint people not walls), some people will be haters, and the people who are creative and accepting like yourself will be the greatest to be around. That being said – I work with the greatest people at TJDS. It’s hard to find a group of stone cold weirdos that get you, and I found that in James, Julia, Brandon and Jordan. We laugh, we fight, we insult each other, we drink insane amounts of coffee, and we come back every day for more because this studio and the city of Cleveland mean a lot to all of us.

Now for some advice for my successor – be VERY careful using the steamer, don’t screw up my model release spreadsheet, laugh at yourself, clean when you’re bored, learn as much as you can, and don’t eat gluten near Jules. 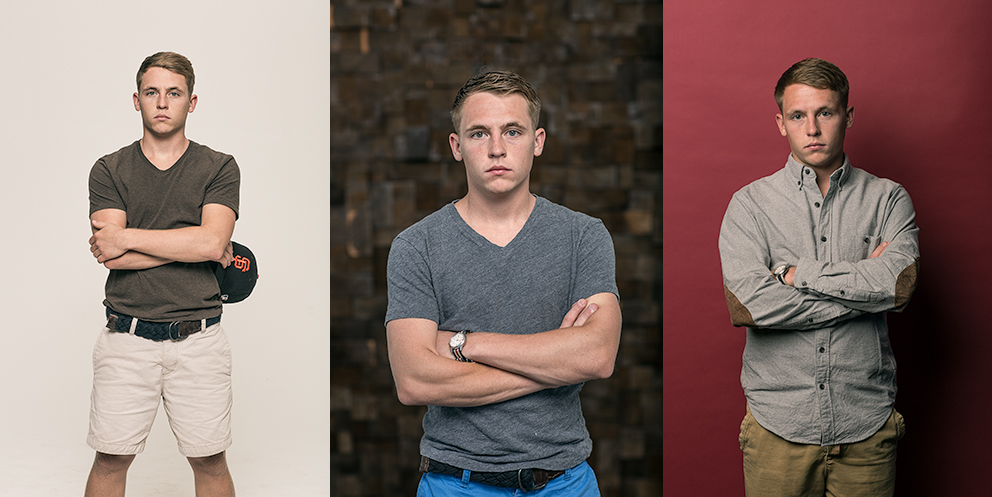 Above: Jordan Reynolds always thrilled to jump on set for pre-light.

It’s odd to think that it has already been four months since I first walked into the studio. At the time, I was in the midst of Summer break, enjoying the freedom of finishing my first year of college, and taking it all in. Out of necessity and curiosity Craigslist was my go-to for possible short term creative gigs and internship opportunities, and that is where I found James … or well my mom did.

So yeah, we found some James Douglas guy on Craigslist posting about how he is looking for interns to join his studio. I looked through all of his work, and thought “this seems like a cool guy who takes some pretty sweet pictures, the worst that can happen is I don’t get the internship.” A week later, I’m in Cleveland sitting in front of some lady who isn’t James, interviewing me about my knowledge of photography, my work ethic and all the normal things that help you decide someone isn’t a cold blooded killer, but rather a normal likable human being.

Forty minutes later she tells me James has arrived, and he wants me to help him move a 250lb table up four floors. Four hours later and a nervous phone call from my mother, the table is in the studio, a cyc wall is nearly half built, my nice white shorts are no longer nice or white, and I’m drowning in my own sweat.  Aren’t you supposed to dress well to internship interviews?? However, by the end of the day I was feeling pretty confident I just secured myself the internship.

Fast forward a month later, I feel like I got this intern thing under control. I know my Cleveland commute like the back of my hand, James coached me through my own still life photo shoot, and in between organizing/cleaning the gear room, and other “intern-esque type” things, I’ve been a part of a handful of in studio photoshoots.

Two months into my internship I was feeling like a seasoned veterian. By this time I knew where everything should be, how the lights should be set up, how to address and interact with clients. I felt like I had everything under control, until I experienced my first creative portrait session.

After that and another photoshoot that incorporated people being massaged with paint head to toe, I was thinking this is what I want to do.

Over the past four months at the studio, I’ve figured out a lot of things, far too many to list off here. However, I realized I will try to avoid a 9-5 desk job like the plague, I like making films, and that I really want to pursue a creative career. Before, I had no clue what my future held, but being immersed in such a creative culture, I’ve realized that this is where I want to be. I feel like I belong in a studio making creative work for the world to see, and whether that work is a photograph, a film, a graphic, or all of the above … I don’t know, nor care but I’ll gladly take one of those over anything else.

Now here I am, sitting in the library of my college with a hundred deadlines looming overhead trying to make it all work, now reminiscing about my time at the studio. Taking a step back from it all, this was an opportunity I had that most people my age wouldn’t even think of. I was able to spend my time hanging out in an awesome city, with incredibly talented and creative people doing what they love. I was able to meet a ton of people and see a city develop in the midst of a renaissance. I walked away with thousands of photographs, hours worth of footage, a million ideas, and a solid body of work. What this studio did for me as a creative, student, and as person, was transformative. I had an incredible experience at the studio that I wouldn’t trade it for anything.

So James, Jules, Molly, Brandon and of course Ginnie, I would just like to thank you all for everything you’ve done. Even though it may not seem like it, you all have made an impact on my life and I truly appreciate it. Thank you.

You want me to write what now?? Cuz I can tell you for certain that’s not gonna happen… so instead here’s a bunch of selfies, misc photos of me ballin out and some of the weird people we hang out with … hope all 9 of the people who read your blog enjoy them.  And put some damn shoes on… you look like an idiot. 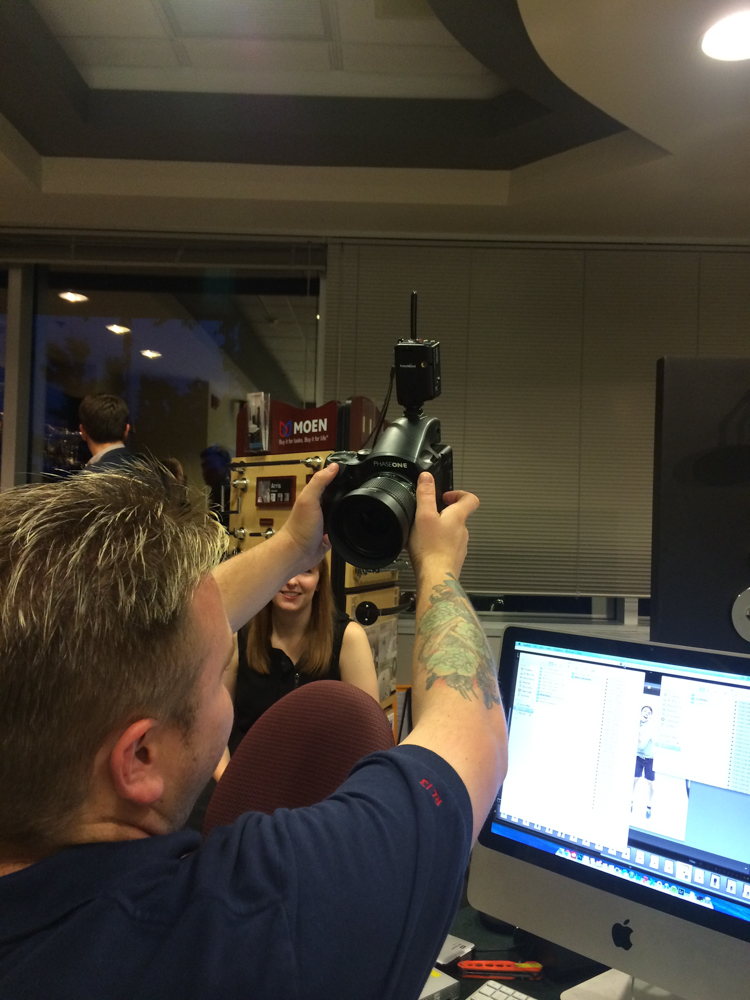 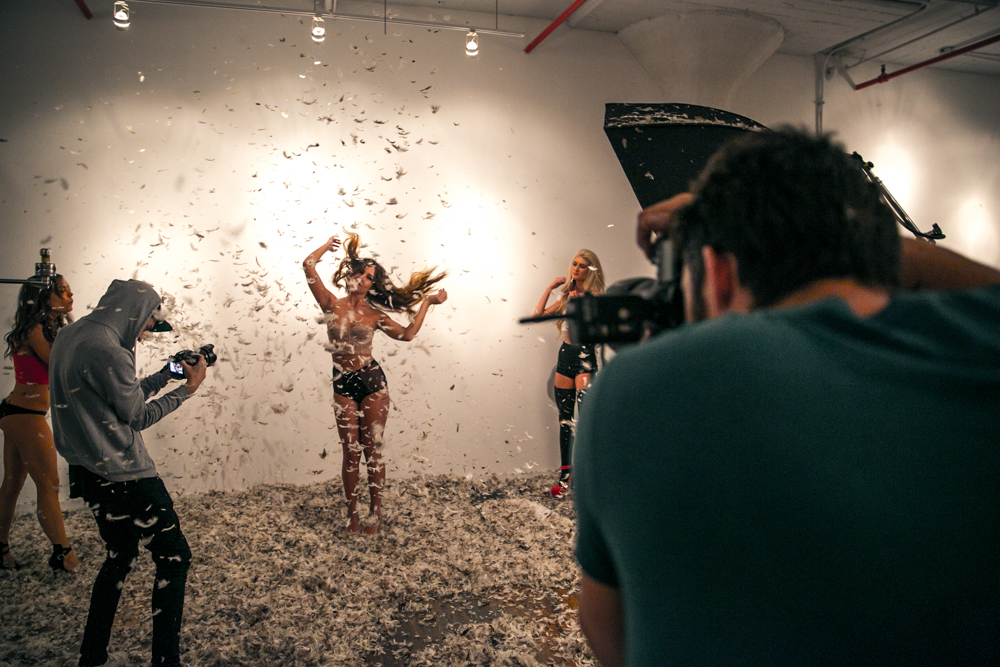 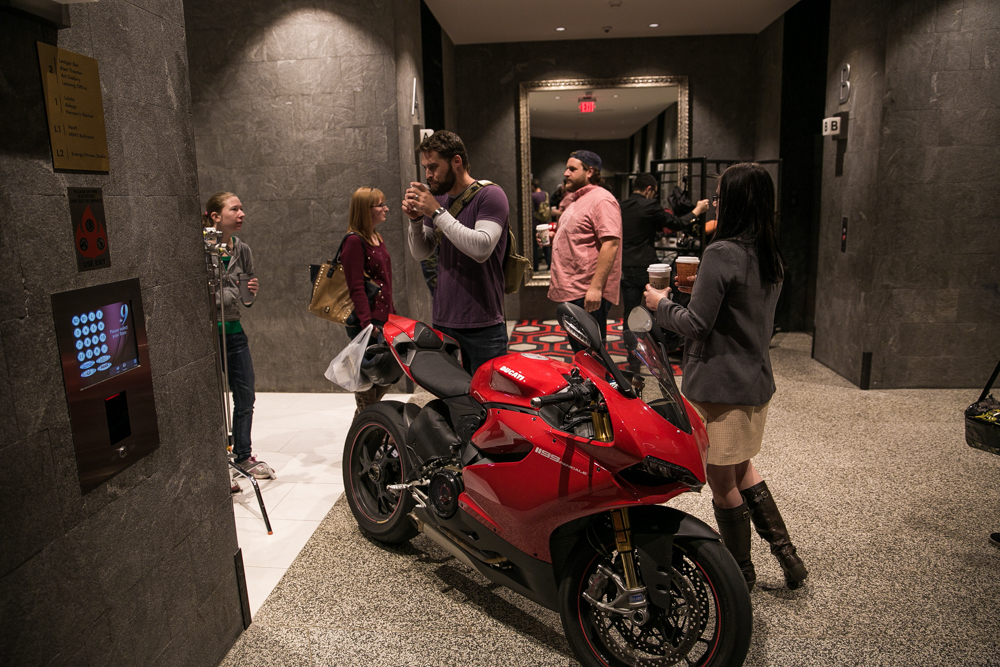 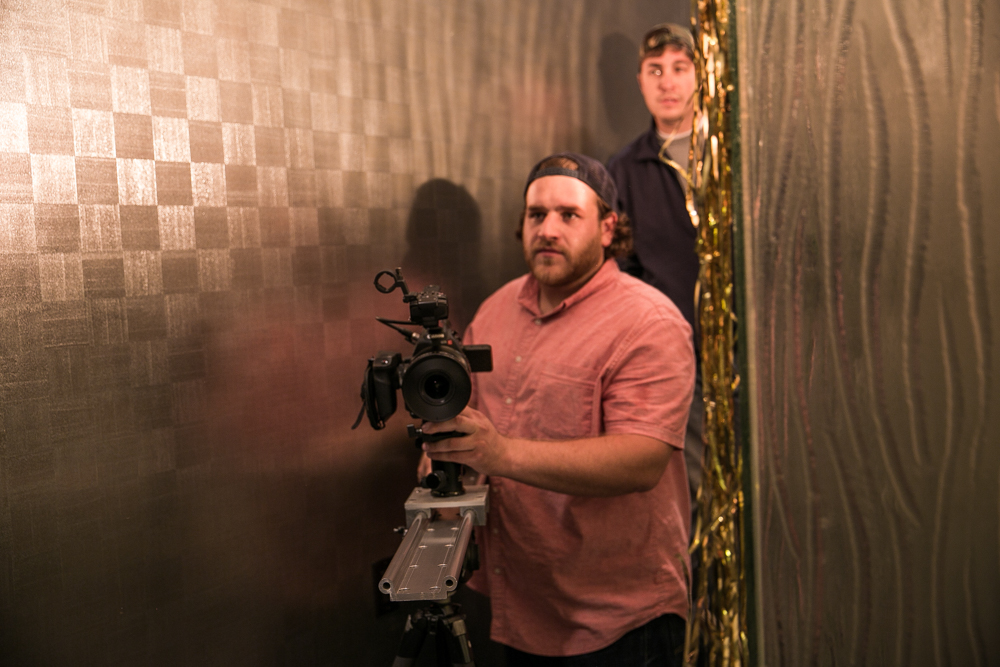 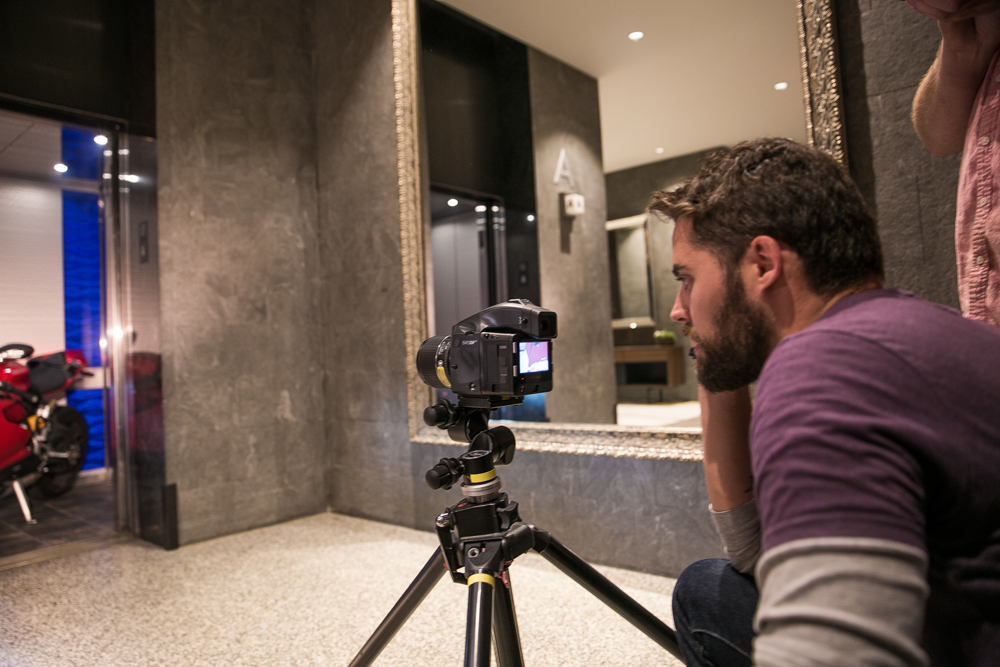 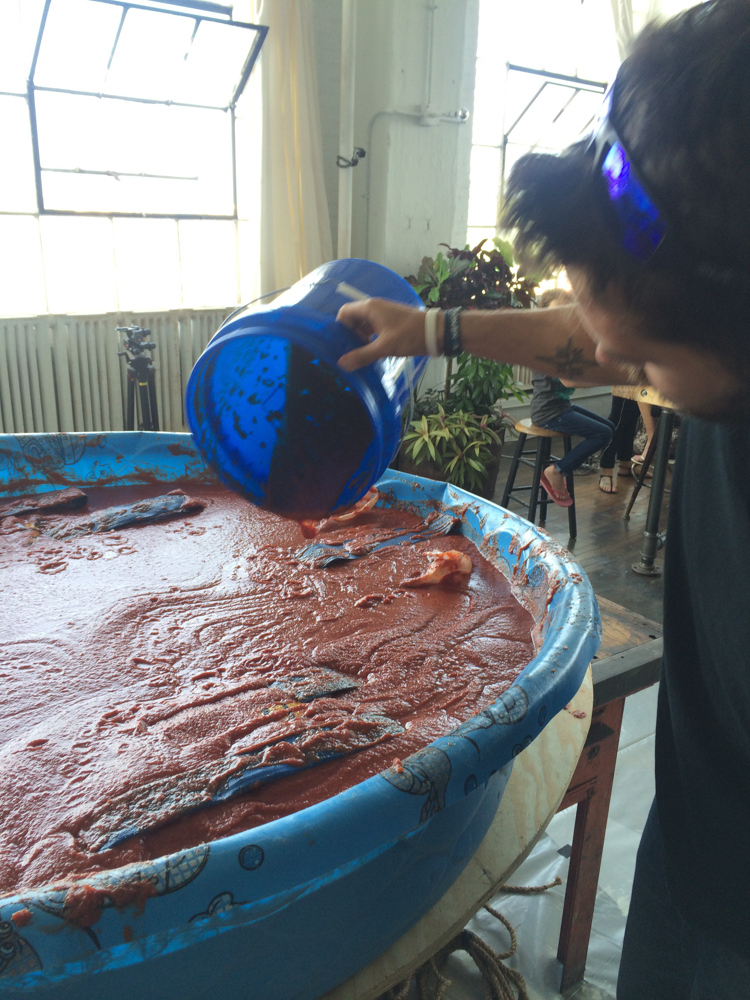 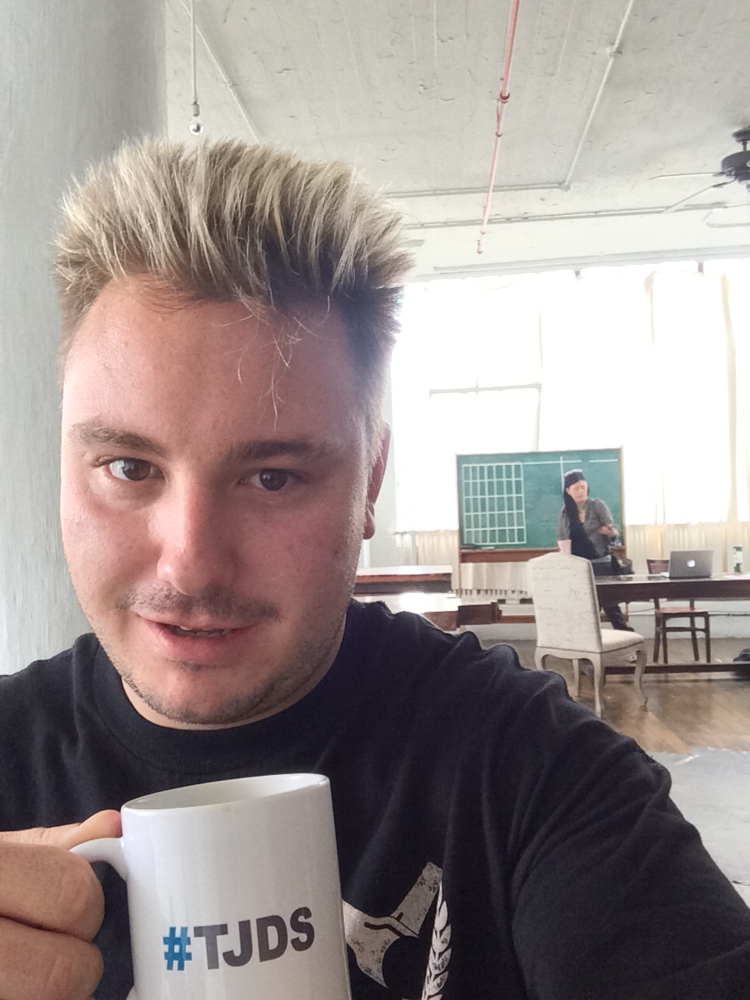 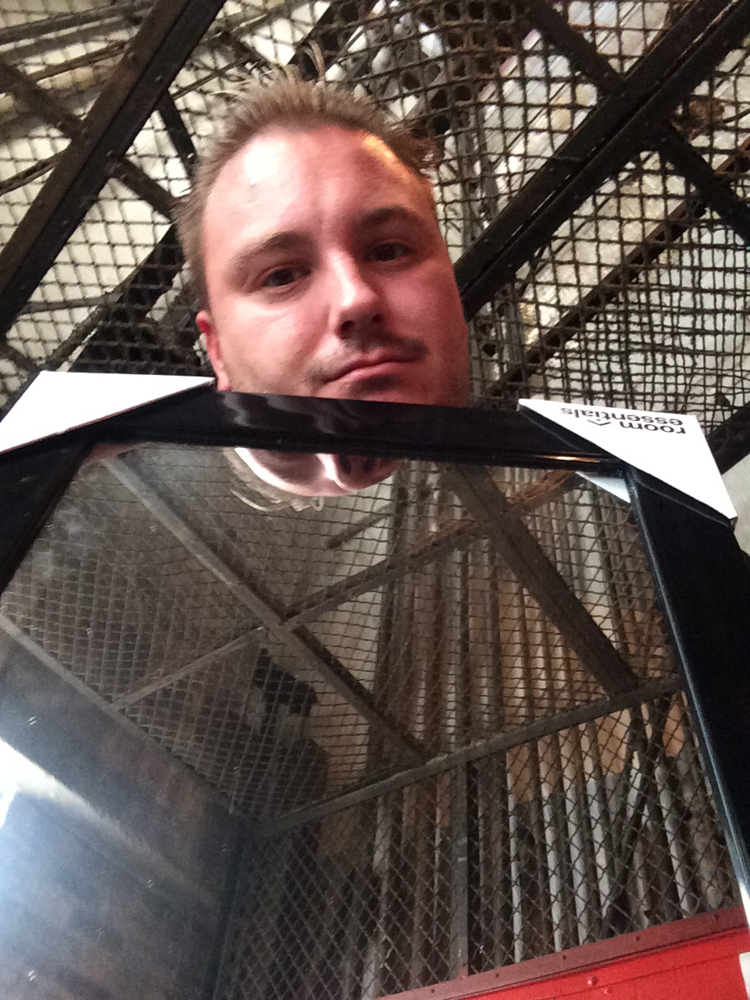 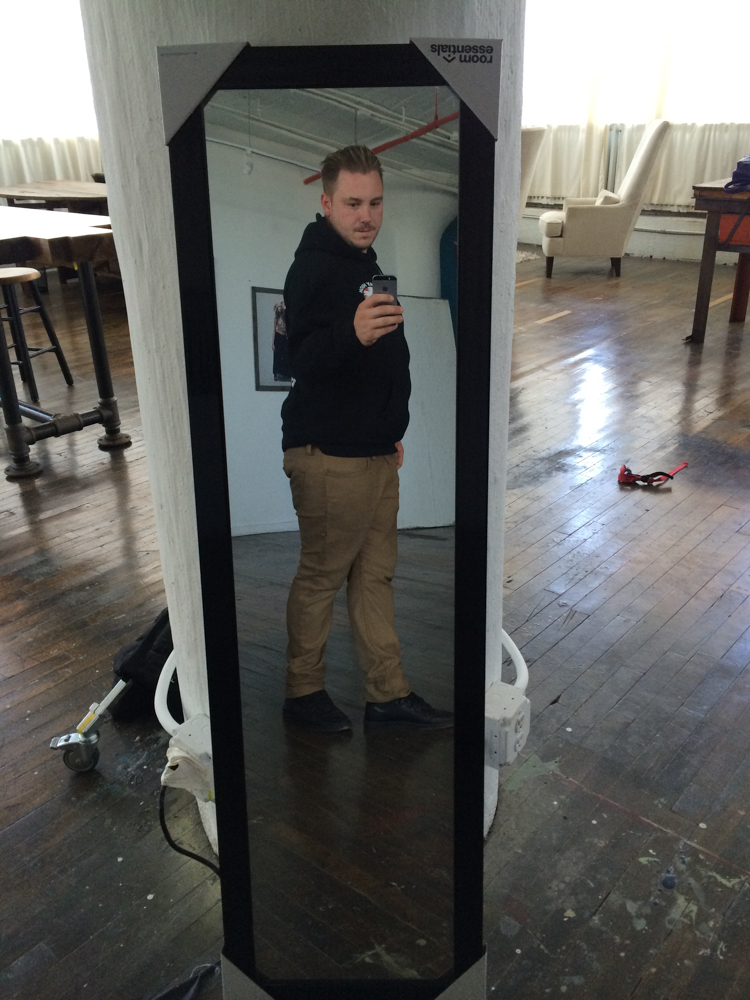 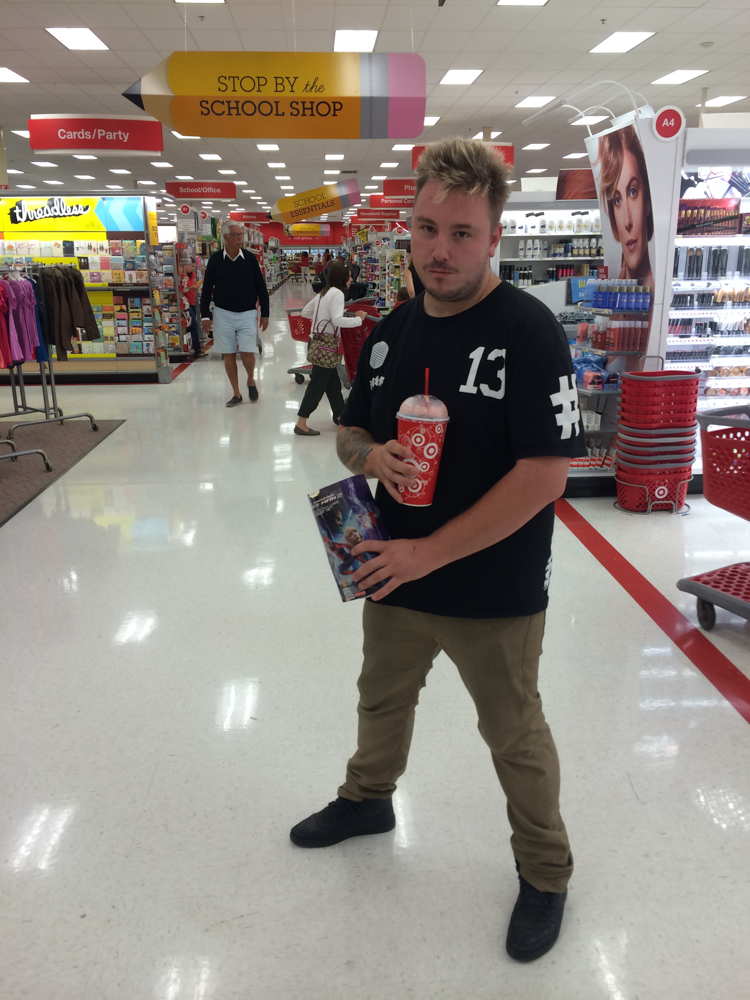 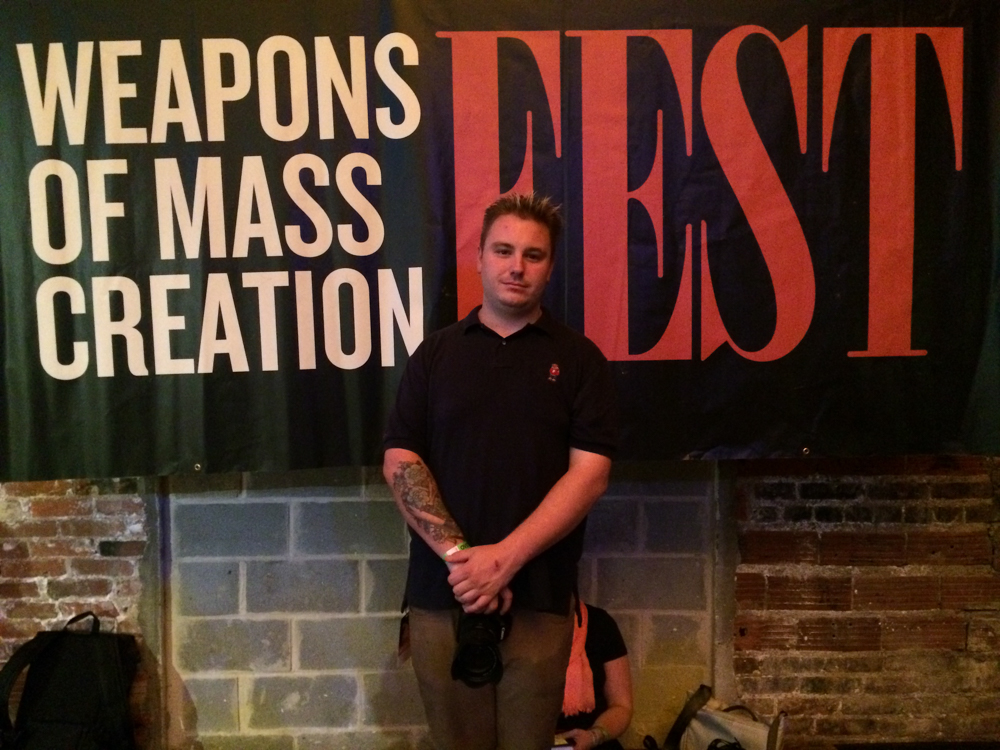 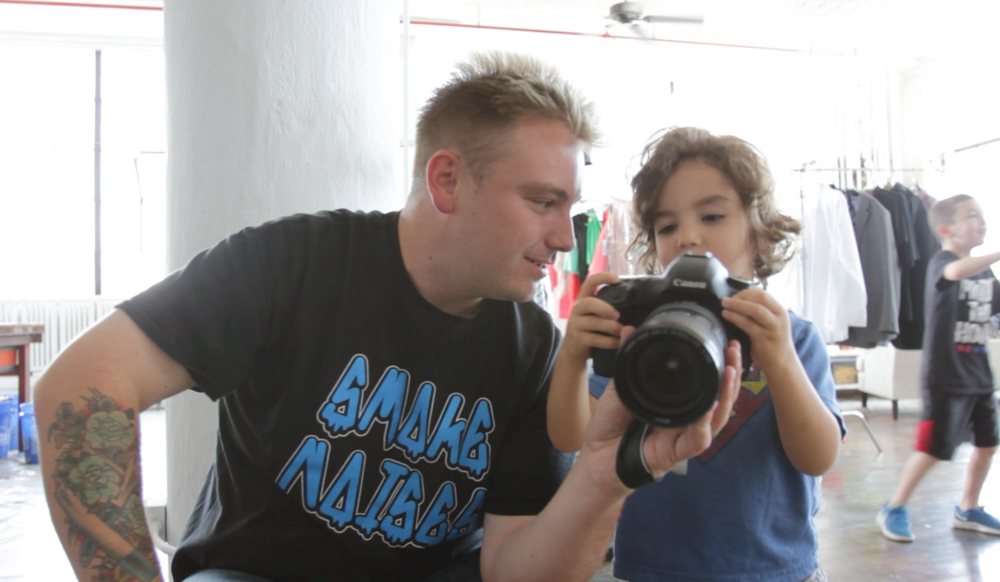 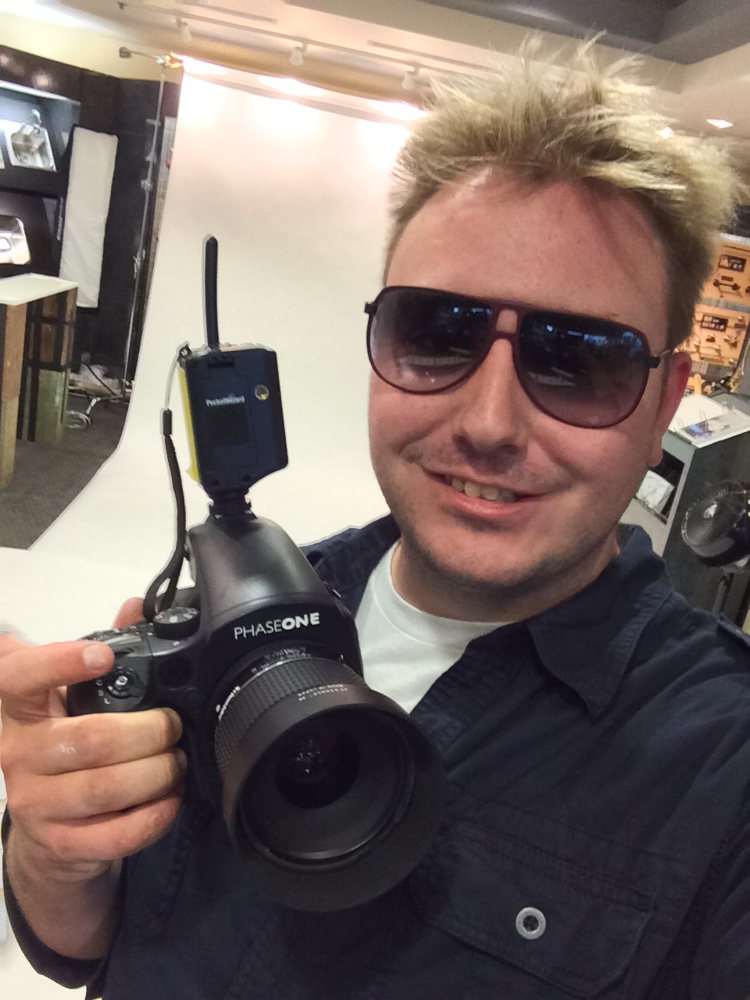 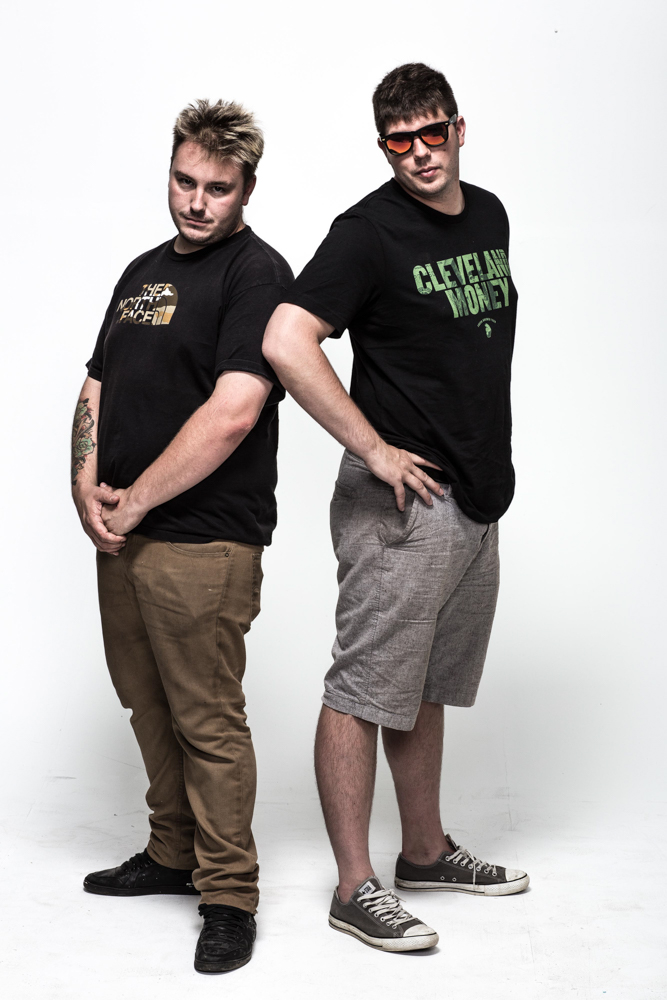 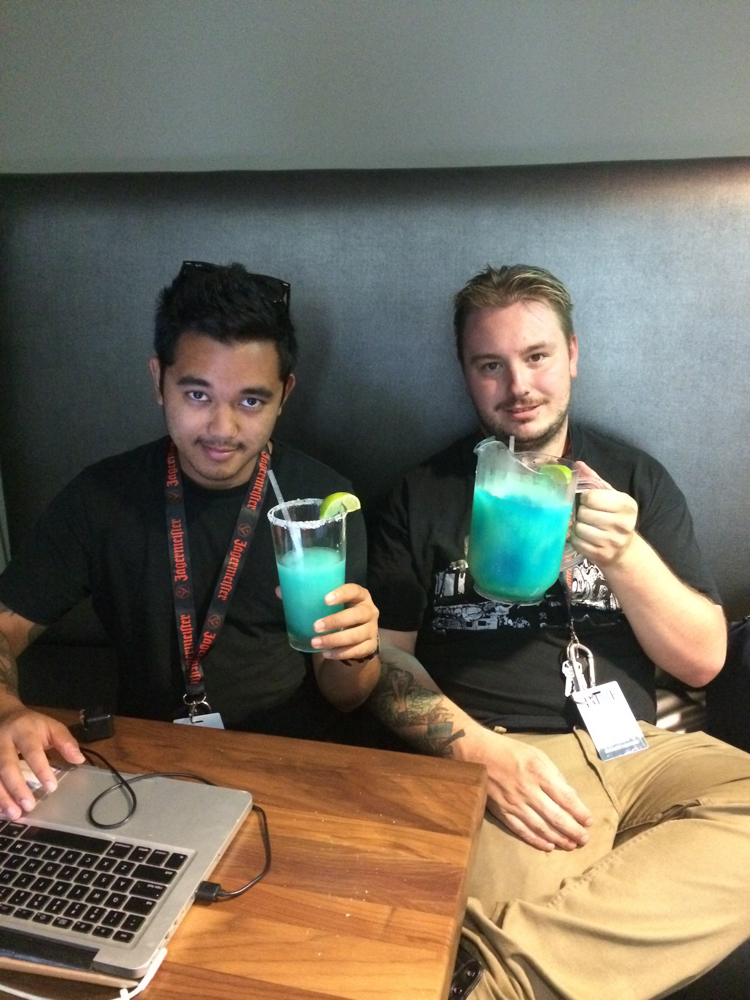 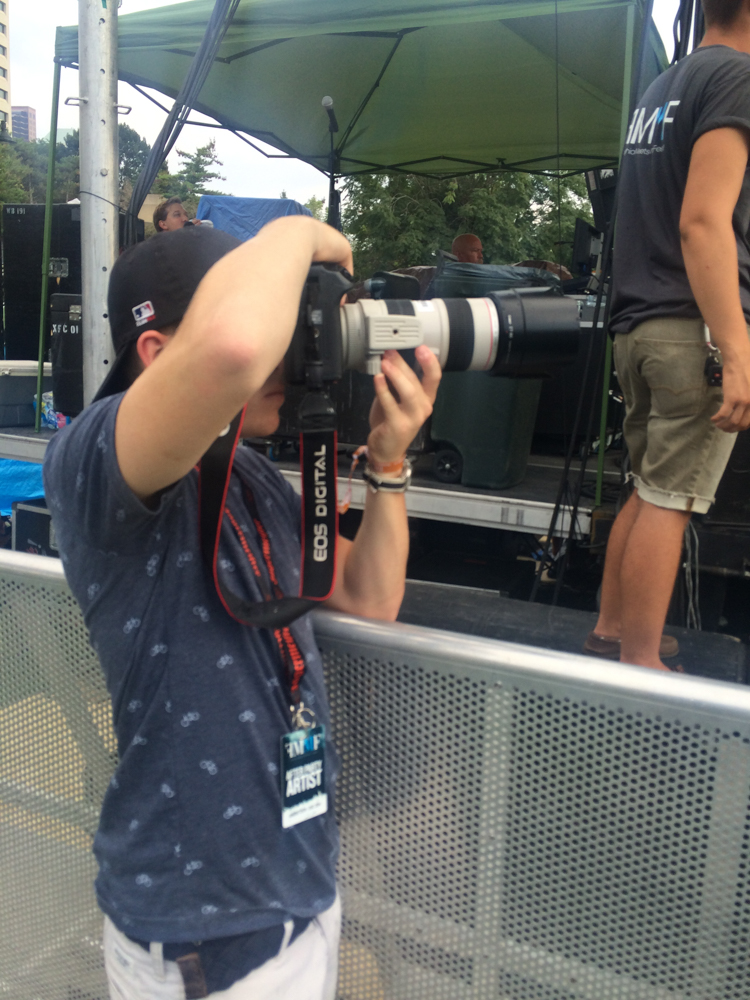 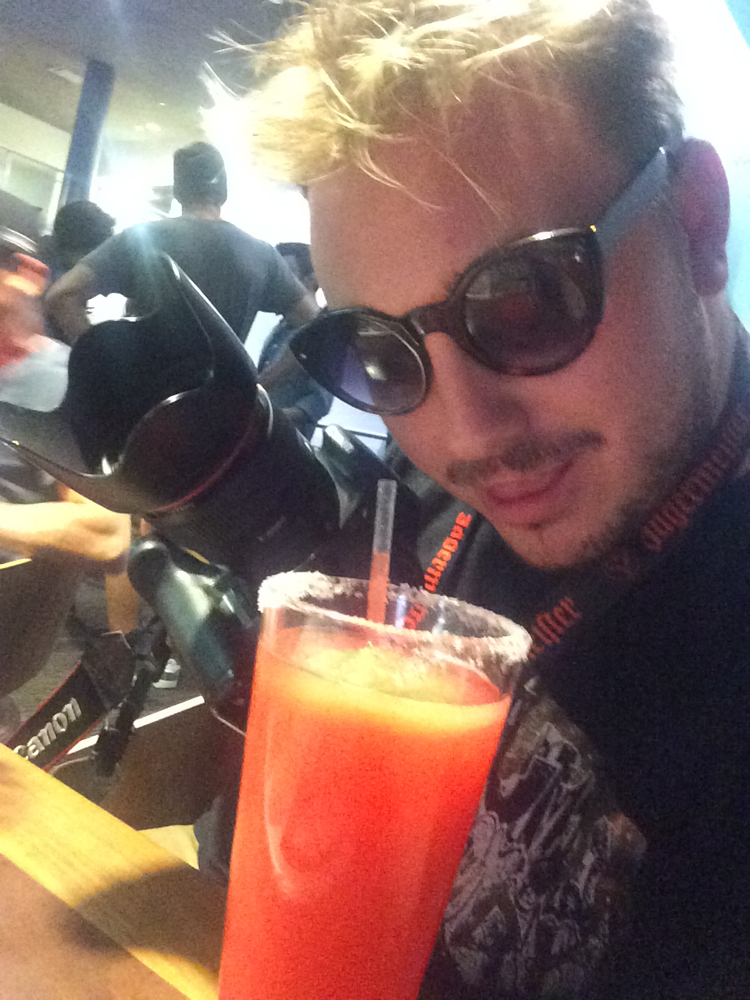 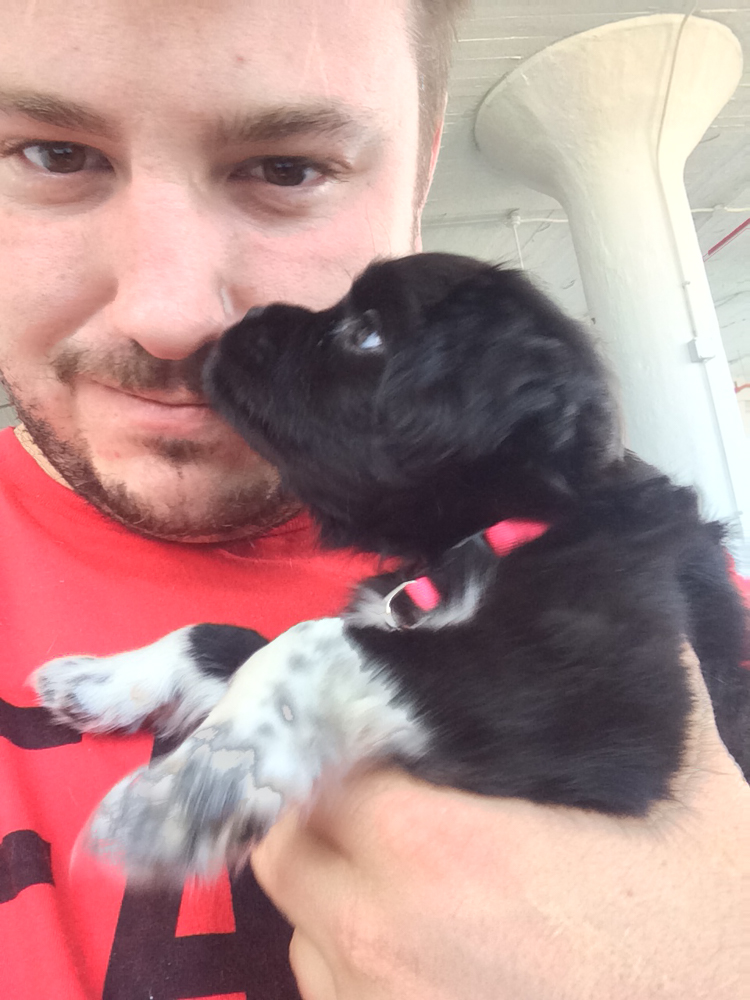 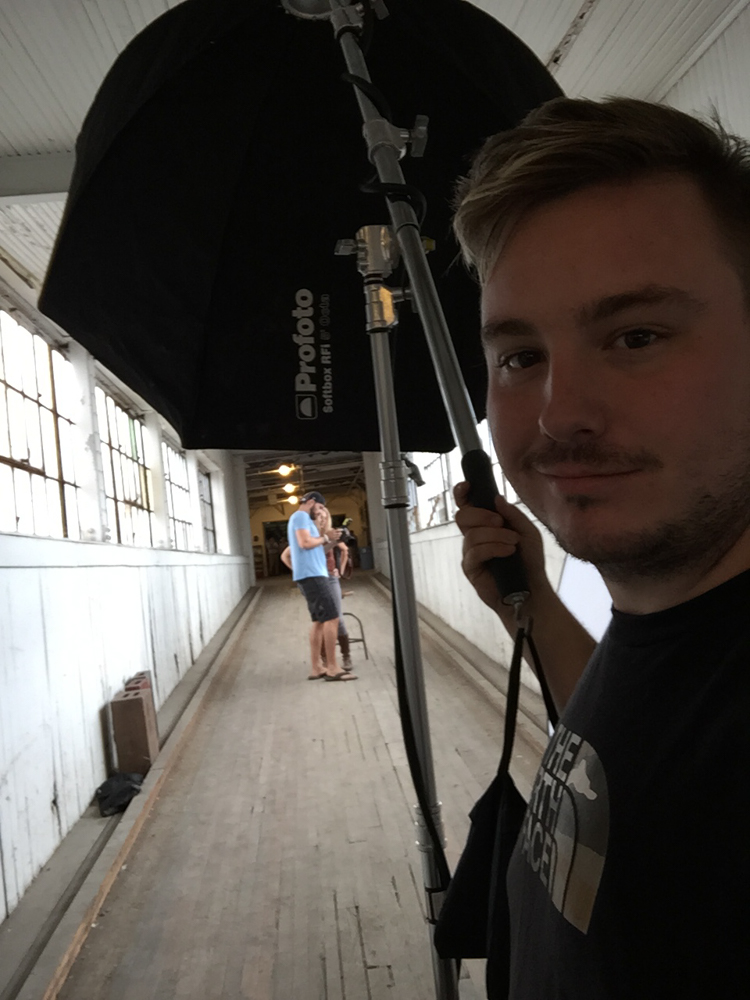 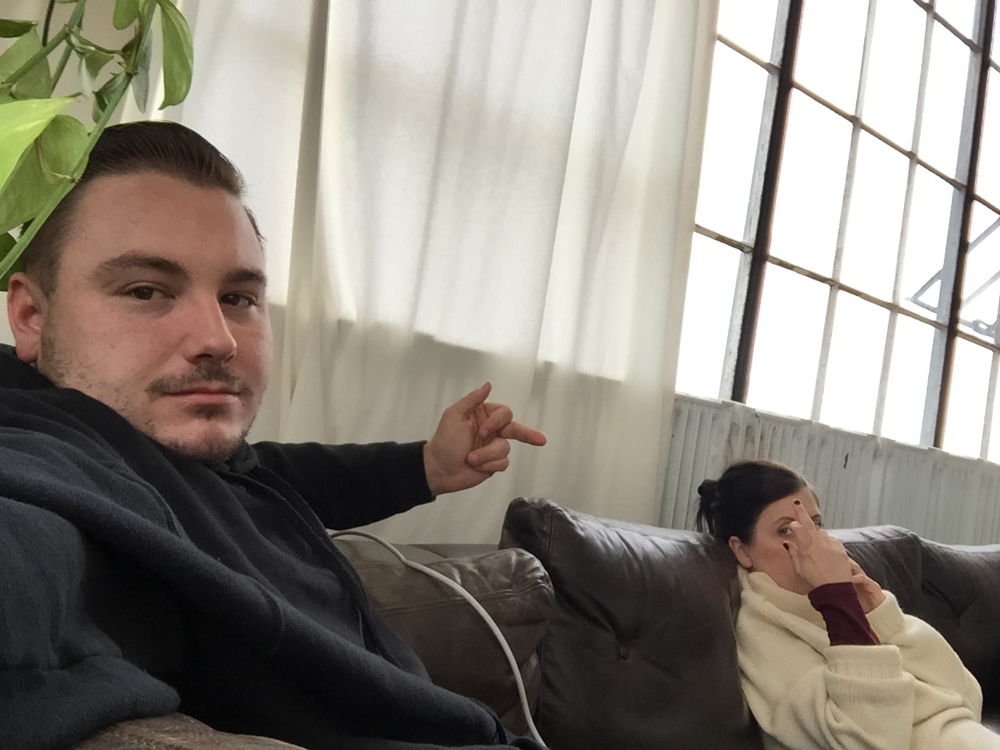 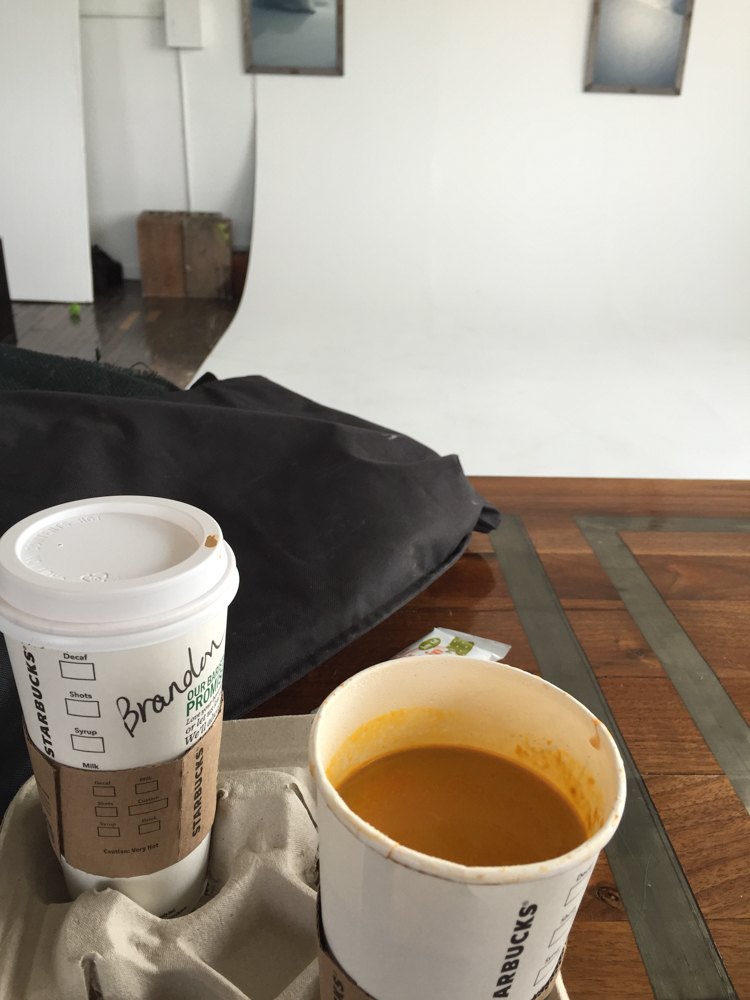 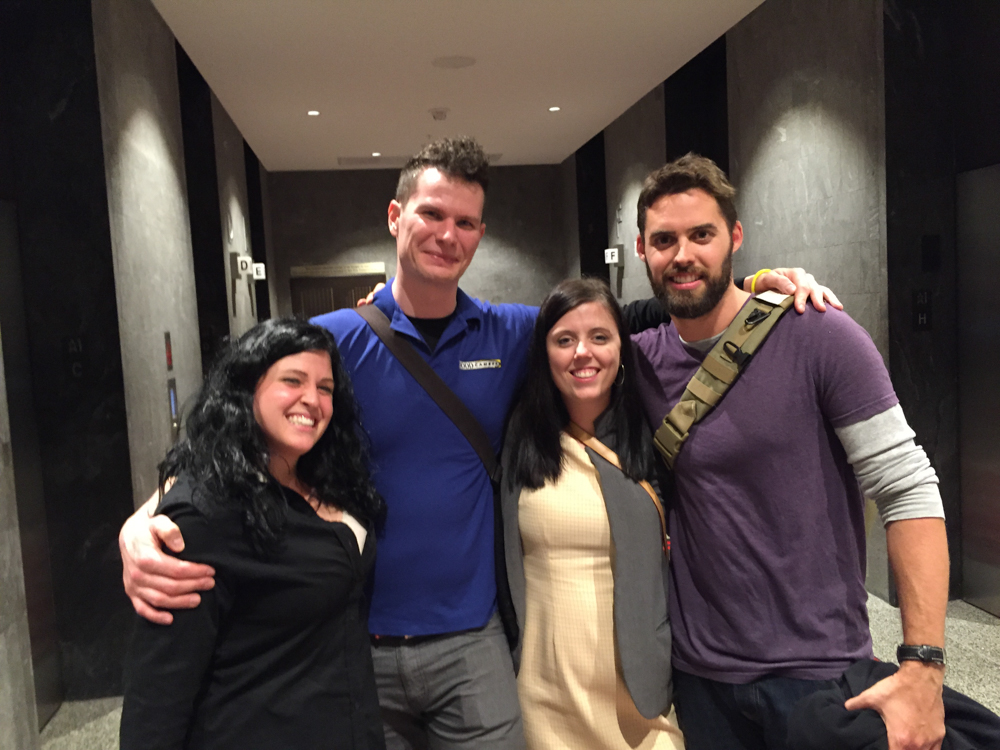 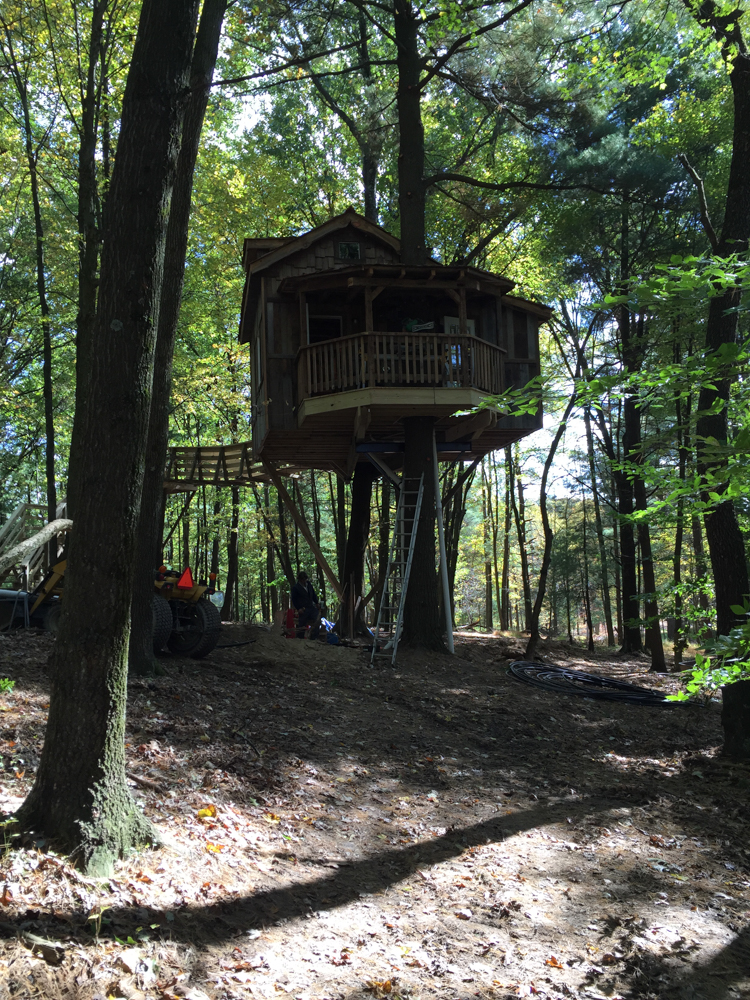 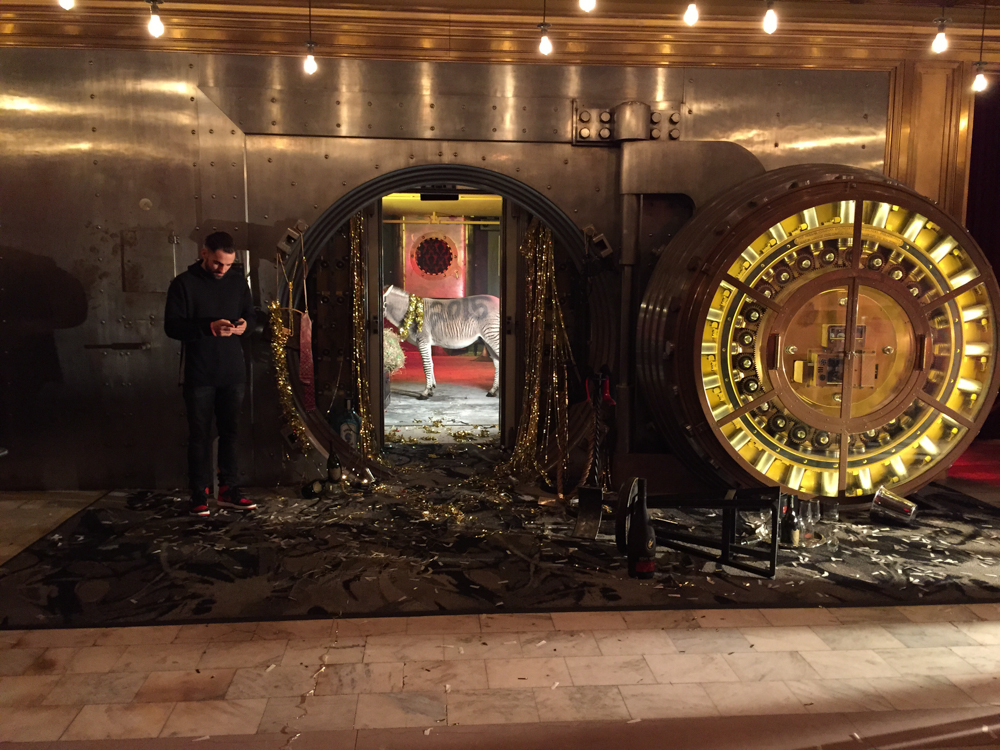 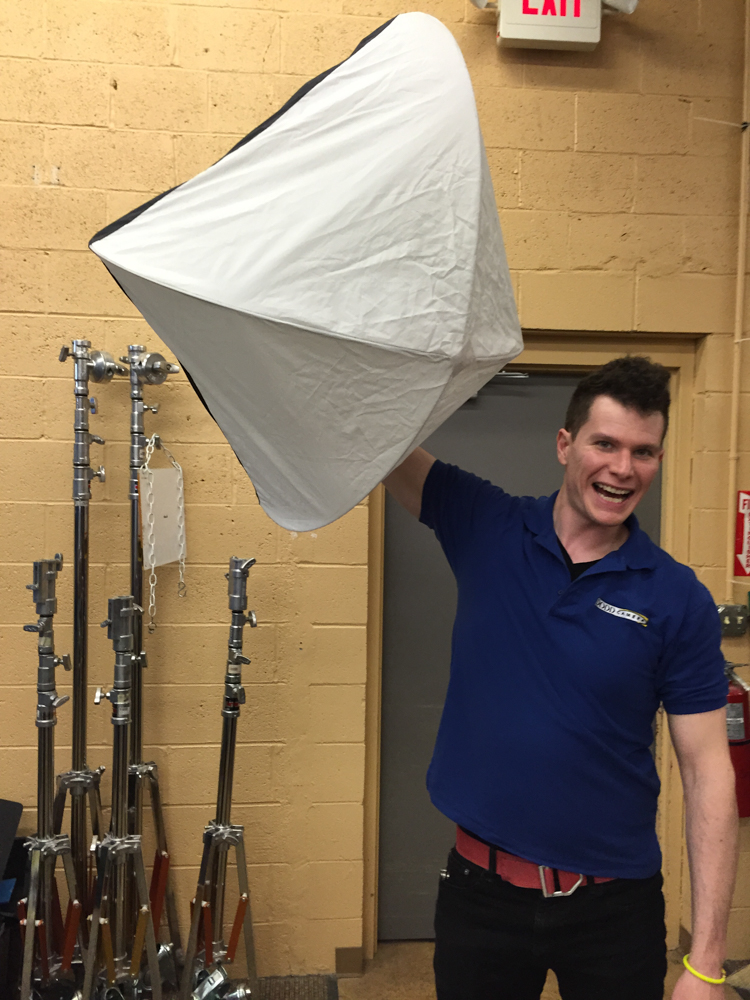 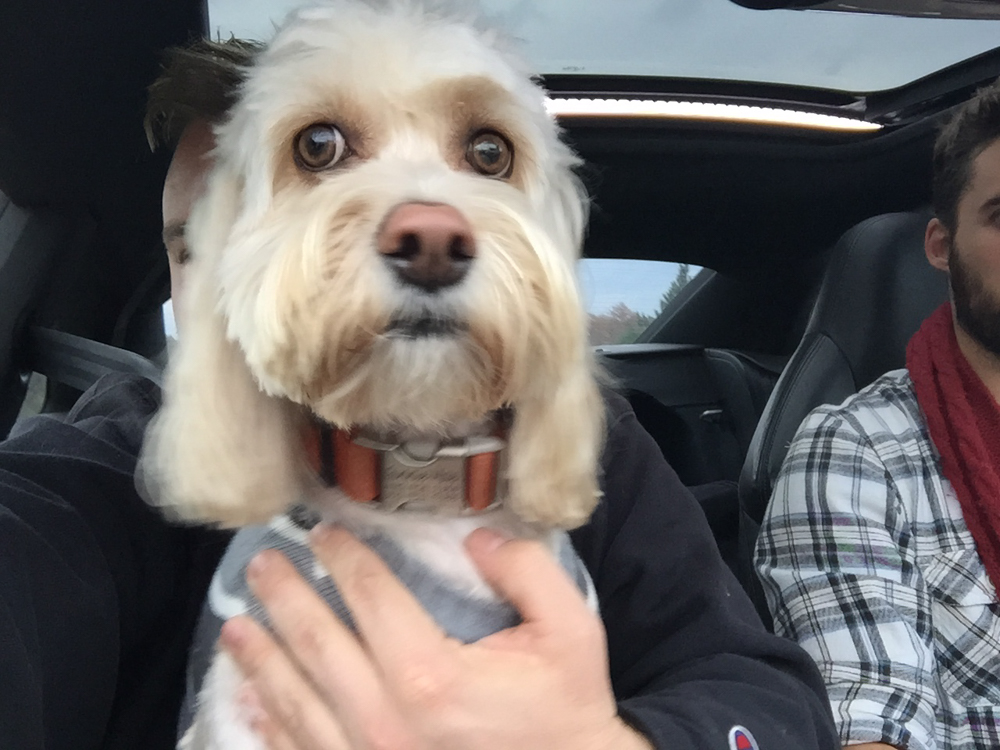 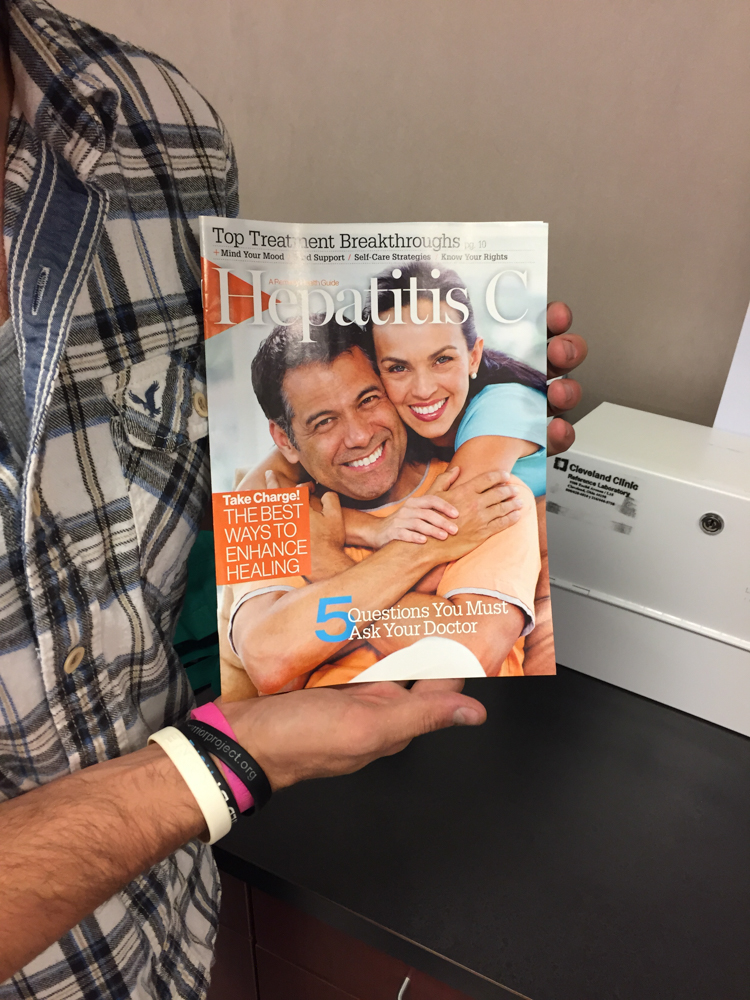 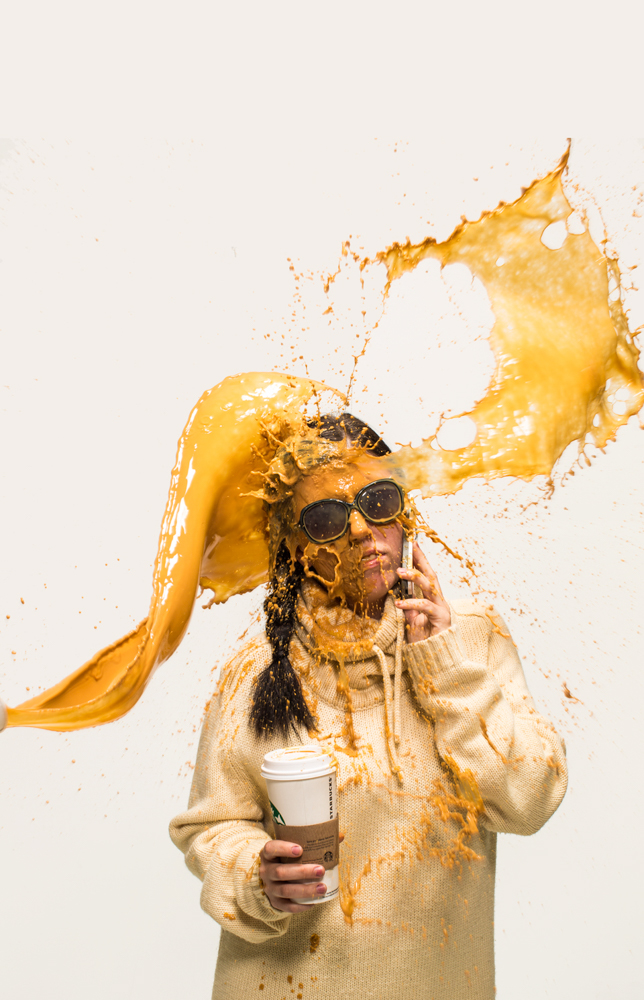 “And Dude!! dont forget to tell them to check out my instagame… cuz that shit’s hella tight… @Andersenbrandon”

For any additional info concerning the interns or to suggest someone for the program please contact info@jamesdouglas.com

PREVIOUSThe F Word...
BACK TO BLOG